Twitter has given a voice to the once silent critic. 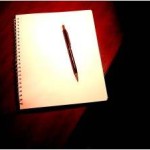 I was more amused by the Twitter comments than any single  commercial or football play.  There is even a voting system that has  quickly evolved in the medium.

Of course the voting was accented by assorted adjectives placed before and after the voting opinion.  It’s a good thing we can’t do that with Political ballots.

As I watched the votes sail in, for most of the first half I listened quietly to the clanging cacophony of comment.  I imagined I was on the other side of a focus group window and listening to middle-America yap their opinions about possible commercials. I spent a lot of years moderating groups.  The pain and suffering was unimaginable.    Listening to the client side of the window is worse.  Much worse.

Most of the expert tweets last night were from people with a little bit of knowledge and a lot of ad-consumption experience.  It was obvious from the tweets that such a combination is a dangerous mixture.  I think the combustion effect re-aligned the planets.

Most of the knowledge of this generation descends from Master Google.  All knowledge is available one Goog at a time.

For the record, the best ads displayed during the Super Bowl were built upon a strong foundation of words.  Chrysler got it right with “Imported from Detroit.”     The long form commercial (1:30) was brilliant but the words shone most brightly.

Words matter in our nation’s anthem as well.  Christina is hearing today about the power of wrong words.

Hopefully, in time, Super Bowl 45 will be remembered for the actual game more than the words.

Words indeed matter. Thanks for the reminder and new blog post! #touchdown

Thanks for your comment. Glad to find time to write!

Glad to see you back in action. I’m with you on the Chrysler ad (and the absurd amount of tweets from viewers). Great game.

I’m glad to have the time to write again. I’m committed to once or twice a week. I can’t keep up on a daily basis. I saw you wrote something also. I will check it out.
Link here anytime you want…

Thanks. I don’t like posting links in comments, it’s kind of spammy. I’d be interested to hear what you have to say about what I wrote. I think once or twice a week is great. It doesn’t have to be an every day thing.

It’s not spam if the blog-owner invites you to post a link.

Glad to see you back in action. I’m with you on the Chrysler ad (and the absurd amount of tweets from viewers). Great game.